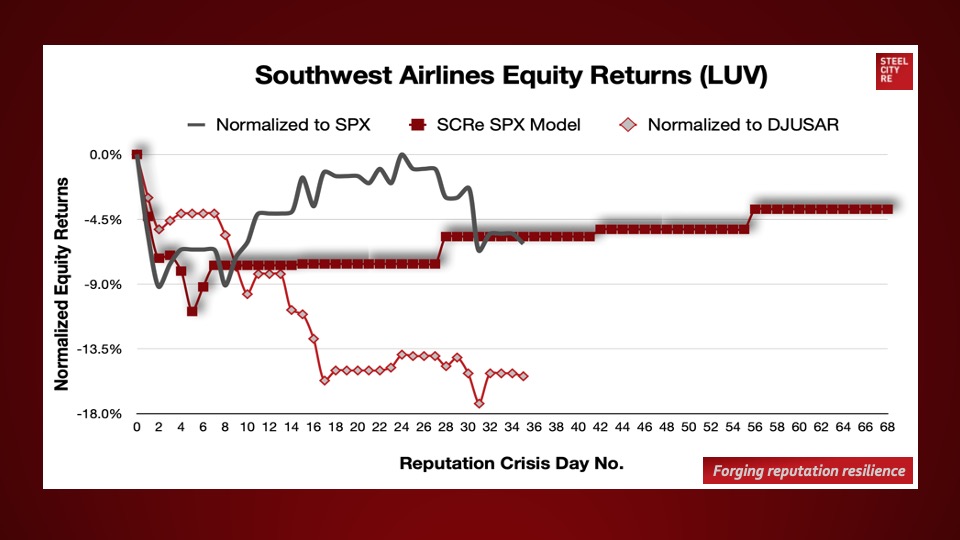 Southwest Airlines Reputation Crisis Day 35. Equity returns at 35 days normalized to the S&P500 returns are -6.2% (predicted -5.7%). It is under performing the Dow Jones US Airlines Index (DJUSAR) by 15.4%. The regression technology powering the equity impact model was derived from a study by Steel City Re, an ESG and reputation insurer. 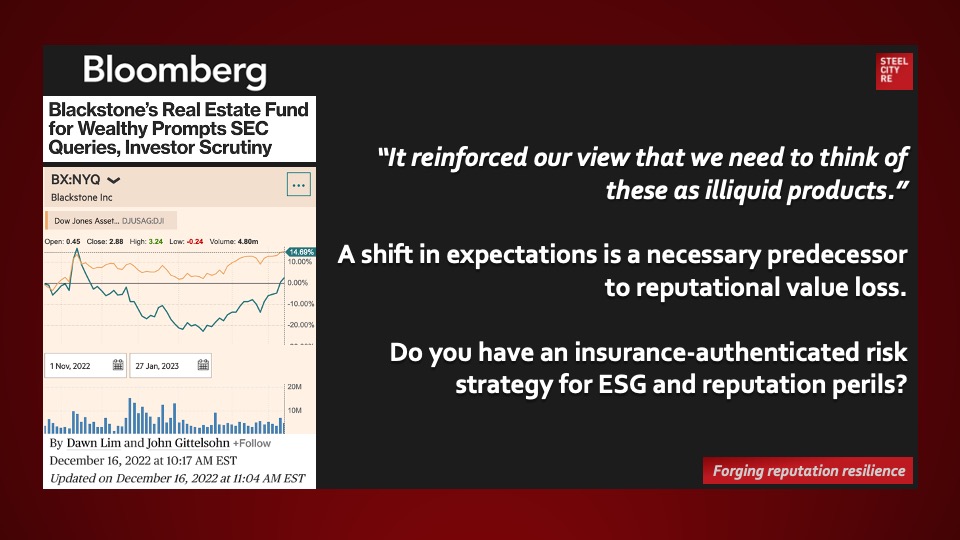 Liquidity Issues at Blackstone. [There are now] questions about whether the people actually knew the risks, from higher fees than stock and bond funds to the illiquidity of the assets, and even the incentives advisers might get to push certain products. “Blackstone has to prevent a catastrophic shift in stakeholder expectations,” says Kossovsky.

In San Jose, Calif….on Jan. 1, the city will begin requiring gun owners to carry liability insurance to compensate victims harmed by the negligent or reckless use of a firearm. The behavioral economic properties of insurance have long successfully nudged social change. 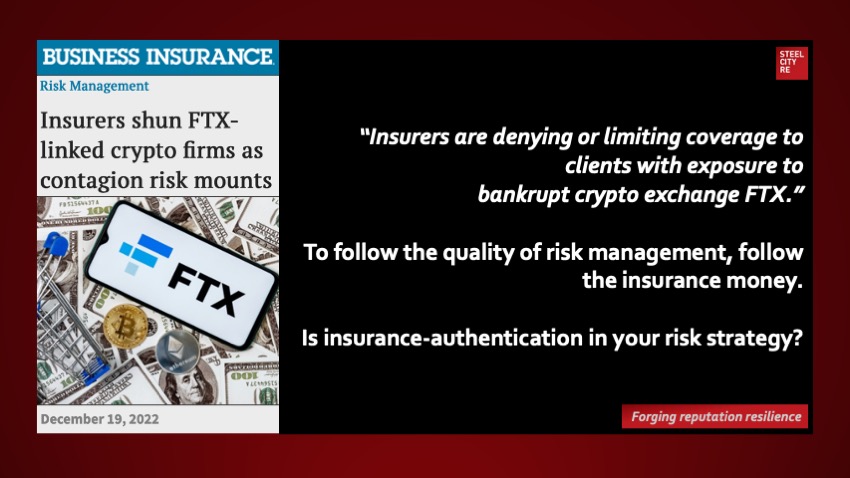 To follow the quality of risk management, follow the insurance money:  Insurers are denying or limiting coverage to clients with exposure to bankrupt crypto exchange FTX, leaving digital currency traders and exchanges uninsured for any losses from hacks, theft or lawsuits, several market participants said. […] The FTX collapse will also likely lead to a rise in insurance rates, especially in the U.S. D&O market, insurers said. The rates are already high because of the perceived risks and lack of historical data on cryptocurrency insurance losses. 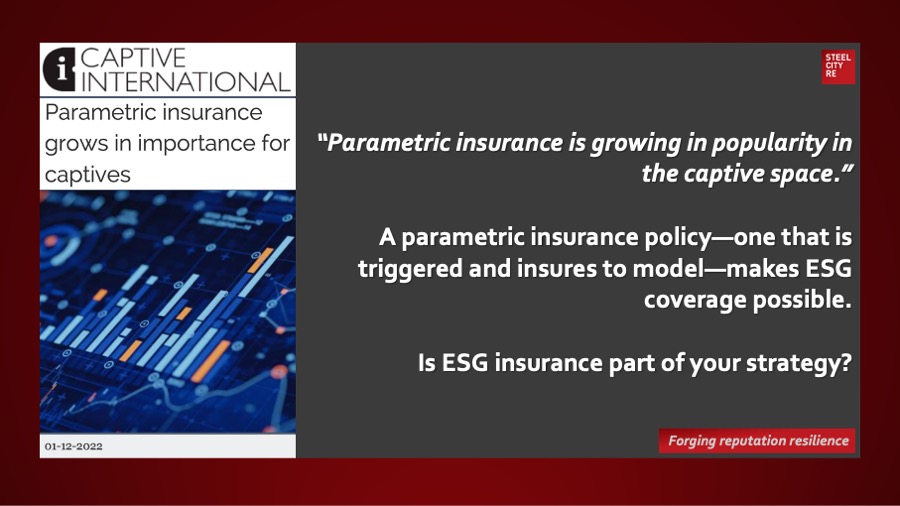 Parametric insurance grows in importance. In a session at the Cayman Captive Conference 2022 Eddie Brooks, associate director of Alternative Risk Transfer Solutions at WTW, looked at how index-based, or parametric, insurance has emerged over the past two decades as a risk transfer mechanism with particular application to emerging risks resulting from the climate and nature emergencies.  A parametric insurance policy—one that is triggered and insures to model—makes ESG coverage possible. 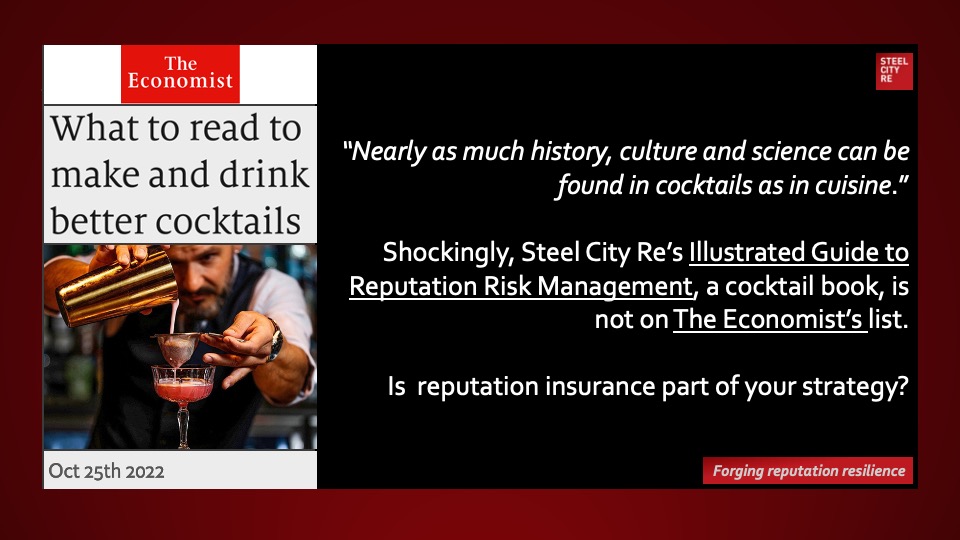 Booze you can use. Nearly as much history, culture and science can be found in cocktails as in cuisine. Do not be too put off by the theatre and skill on display in the modern, snazzy cocktail bar: the craft is approachable and can be learned by doing, starting with a few basic skills and guiding principles […] These are the books to banish … ignorance; to think analytically about all the components of cocktails, and thereby to readjust those proportions; to hone the techniques of the efficient (and occasionally theatrical) barkeep; and to get coupette-sized doses of all that history and cocktail culture. 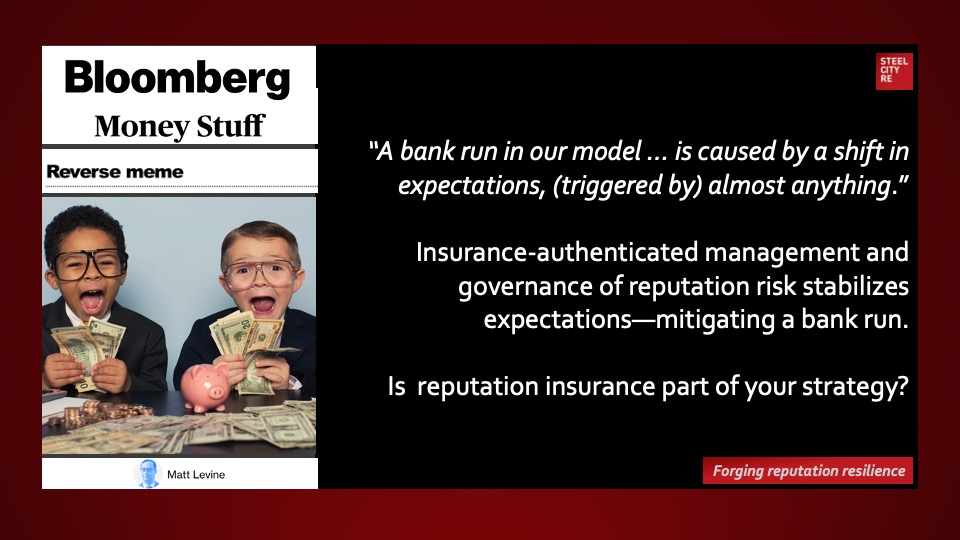 Shifting expectations: bank run. Douglas Diamond and Philip Dybvig won the Nobel Memorial Prize in economics this year for their work on (bank runs). “A bank run in our model,” they write, “is caused by a shift in expectations, which could depend on almost anything, consistent with the apparently irrational observed behavior of people running on banks.” “Almost anything” could include social media rumors, why not. […] “Every banker knows that if he has to prove that he is worthy of credit, however good may be his arguments, in fact his credit is gone.” 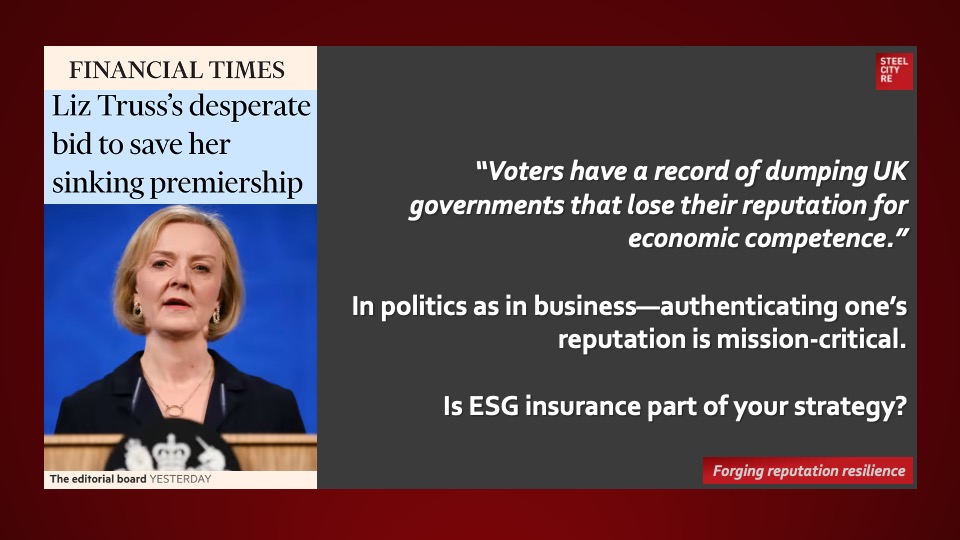 Reputation resilience vs. reputation loss. (V)oters have a record of dumping UK governments that lose their reputation for economic competence, even at elections some years later. Truss faces a monumental struggle to convince her own MPs she is capable of rehabilitating her own and her party’s image, and of leading Britain forward. If they conclude she cannot — and some seem already to have made up their minds — they may move against her quickly. 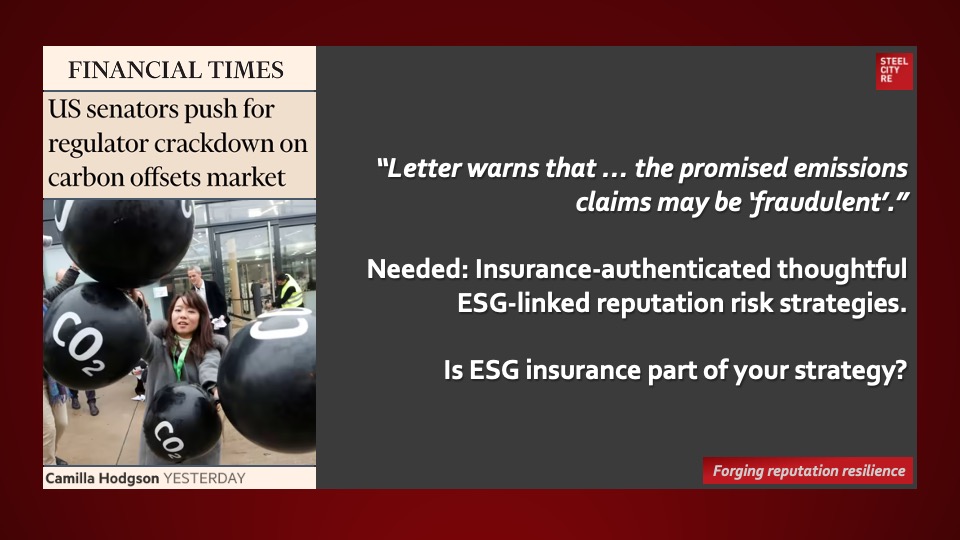 Climate-related Financial Risk As part of its work to better tackle climate-related financial risks, the CFTC is considering whether the offsets market is “susceptible to fraud and manipulation.” In their letter, the senators asked the CFTC to develop standards for offsets, investigate cases of potential fraud, and convene a working group to study the risks … 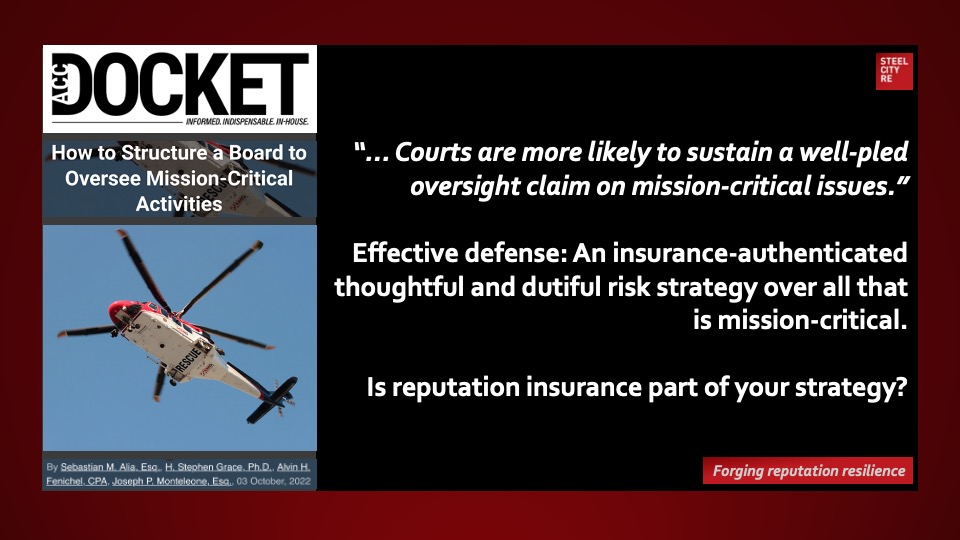 You can never completely prevent litigation over liability due to oversight issues. That being said, steps can be taken to help better defend against these suits, including successfully moving to dismiss, reducing settlement values even after an unsuccessful motion to dismiss, and perhaps even a successful defense at trial, if necessary.